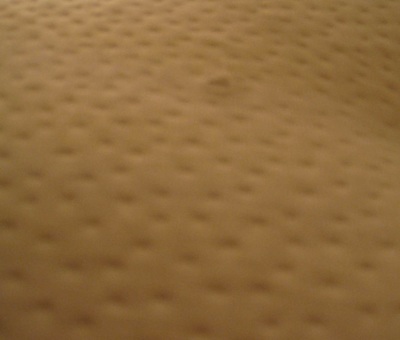 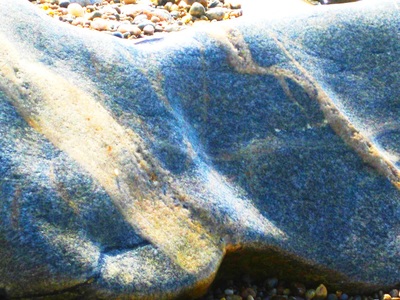 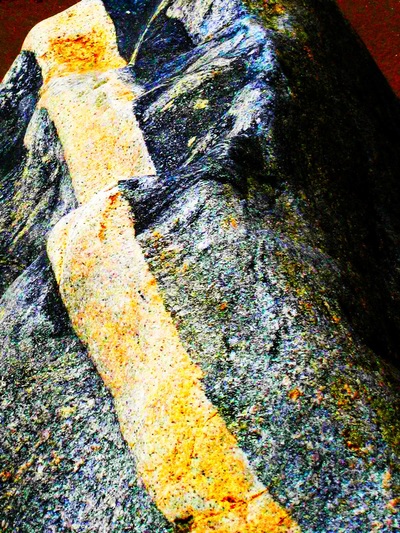 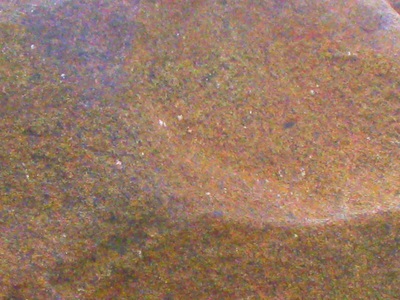 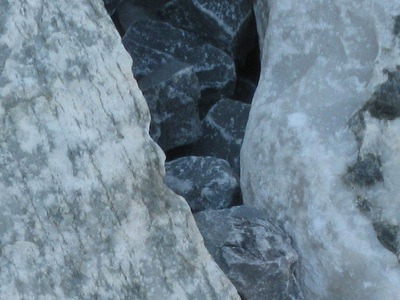 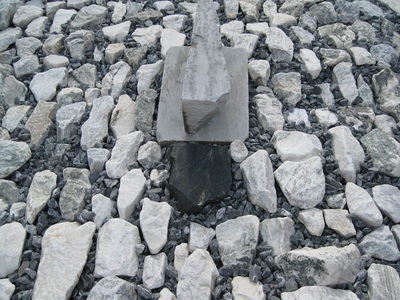 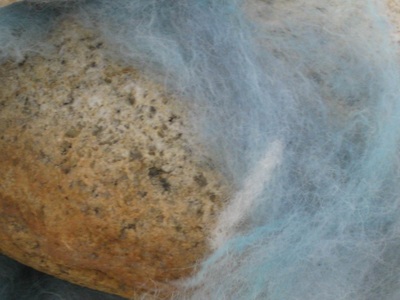 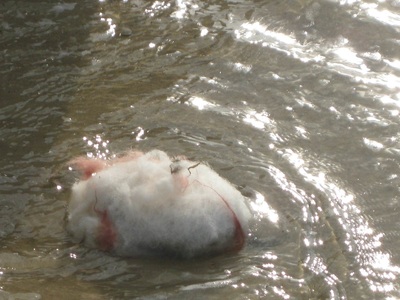 Altars
“The sacred place of consecration where the divine meets and communes with the true believer.”
Made of both created, and found objects, then placed in public or wild surroundings.
Offerings made on these altars are then intentionally placed to include humanity within the sacred space of the natural world.  I often include altars as an interactive component in my installation work and am always amazed to find what people have contributed to the altar – how it is a recognized place to commune and share an object of beauty, a thought,
a part of each of us.
Path
A column of white stones stream an arch along the path, as night bridge to higher ground.
Forest
Echo of the deeper cover of forest, a small enclosure of branches planted along the edge of forest floor.
Cocoon
A mass of cocoons fill the tree, fill the bowl, tether and hold fast, rebirth and silver wings inside.
Minerva's Clouds
Stitched onto wire as sail cloth, Minerva's fleece becomes implied clouds for her inevitable journey skyward.
Cairns
"A mound of rough stones built as a memorial or landmark"
Series of stacking stones and cairns created to mark events or seasons.  On Cape Cod, it is common to see stone towers built along the beaches.
-Stones
A winter series, where I made sweaters for the stones and stacked them into towers
along the waterline of Squibnocket Beach, MA
-School Days
A sculptural installation created from the marble river stones on the shores of Otter Creek, VT.  Constructed beginning the day after a damaging hurricane went through the state, the number of stones used to build the cairn equaled the number of school days in the academic year of this college town.
The cap stone was stacked as a movable time piece to indicate each season via its changing position.
Powered by